Unless otherwise noted, © Ivan Romero and Inktronics Blog, 2013. Unauthorized use and/or duplication of this material without express and/or written permission from this blog’s author and/or owner is strictly prohibited. Excerpts and links may be used, provided that full and clear credit is given to Ivan Romero and Inktronics Blog with appropriate and specific direction to the original content.

I originally found out about the D Caston Rocket pen through The Clicky Post. The shape of the pen barrel caught my attention and I signed up for the Kick Starter edition with the laser engraved rocket logo. Later, Brad Dowdy reviewed a prototype on the Pen Addict Blog. His version was closer to the final version. Their reviews pretty much sum up how I feel about the pen so I will not rehash too much about it. I agree with both of them. The left-hand position of the bolt action lever is a little bit awkward until you get used to it. I am not reviewing the writing qualities of the pen as you can use just about any Parker-style refill with the pen. My preference is the Schmidt EasyFlow 9000. That leaves us with aesthetics, value and practicality. 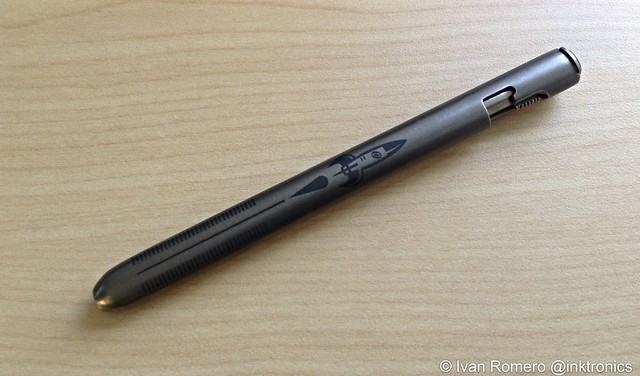 I really like how the pen looks, the original barrel shape which is intended to reduce the size of the bolt mechanism and help it sit flush with the pen is a win in my book. The use of titanium is a plus that gives the pen a quality heft that is pleasing in the hand. The laser engraved logo and design on the barrel are eye catching. Someone on Instagram posted that it reminded them of the starship Enterprise engine nacelles. I agree. Those laser engraved markings along what would be considered the section, seems to give you a little bit more grip while you are writing. The clip is springy with enough tension to hold it in place but not too tight that you are fighting it to clip onto a shirt pocket. I find that on dress shirts it did not grip tight enough and I tended to keep it inside my pants pocket so as not to lose it. I did not like clipping it to jean pockets because it seemed like it might spring the clip. 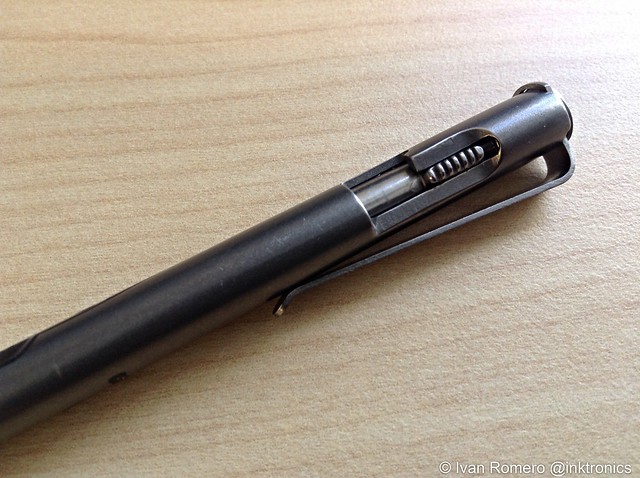 My beef with the pen is mainly with the way you need to install the refill. You are going to need a hex wrench to install or replace the refill. No refill was included either. For what the pen cost, I would have expected a hex wrench to be included with the pen. I mean, if you are going to make it a unique way of installing the refill, include the needed tool to accomplish it. Even TWSBI includes a wrench with their pens. This was an annoyance as I did not have a hex wrench on me when the pen arrived and I could not install a refill until I got home. When I got home, I realized I did not have the right size hex bit in my kit. I ended up getting a hex wrench set at the Dollar Tree that did the trick. 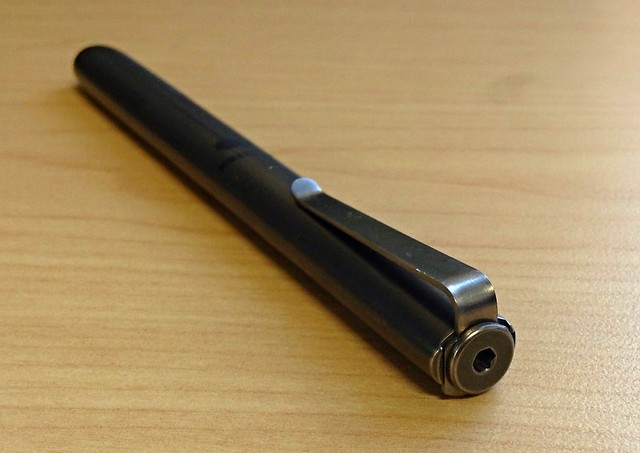 Something else related to the refill install is the fact that you need to use a thread locking liquid to keep the screw that holds the refill in from backing out. I tried using the pen without it and you do need it. I was constantly re-tightening the screw. Here is a tip, instead of buying Locktight or any other thread lock liquid, you can use a small dab of clear nail polish on the threads. I just backed the screw out enough to place a small dab on the threads and then tightened down the screw. Those that do small repairs on fountain pens may have shellac on hand and that will work as well. I asked my daughter for the clear nail polish and I have not had to retighten the screw since. Again, sorry to compare to TWSBI but they include a small vial of silicone grease with their pens for the purpose of maintaining the pen. A small vial of some sort of thread locking solution would have been nice. At this point, I think I am nit picking but felt it had to be said. No pen refill was included, but I did get the inner spring for the refill of my choice. It is really stiff and made operating the bolt action with one finger a bit difficult. It has since loosened up a bit and is fine now. 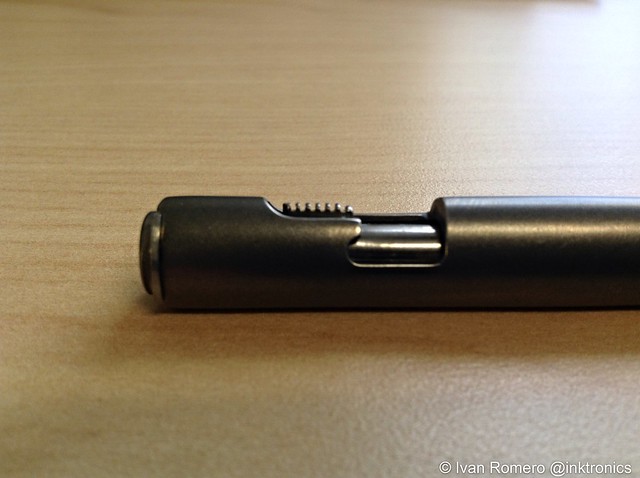 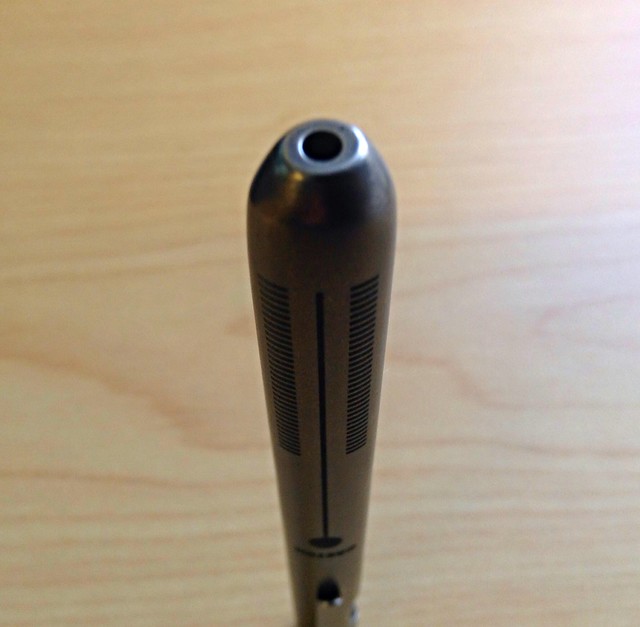 This is a bit harder to quantify. Value is in the wallet of the beholder. The rocket pen is a bit high priced for what it is and what you get. Would I buy it again? Based on purely aesthetics, yes I would. The pen has been in my EDC since I received it and I have not babied it. I don’t see any signs of wear on it. It has been a conversation starter on more than a few occasions.

On where to purchase a pen, Mr. Caston had been selling pens via his Instagram page but I can’t seem to find it now. His facebook page also went offline. I did see a few of the pens for sale at Arizona Custom Knives. The disappearance of the Instagram and Facebook pages is a bit disconcerting.

Inktronics Blog where the pen is mightier than the sword, but a light saber?

*I purchased this pen with my own money and was not compensated for this review.

This site uses Akismet to reduce spam. Learn how your comment data is processed.